I took a drive up to a place called Larrybane yesterday which is halfway between Ballintoy (another GoT location, see my posts on it) and Carrick-a-Rede rope bridge. In fact to get there you have to follow the signs for Carrick-a-Rede and park up in one of the two car parks when you arrive (the first one you come to is for the bridge but theres a another one lower down thats better for Larrybane). The good thing is, Larrybane is completely free to access (the bridge is a pricey £7.50 each but hey, we all know by now that the National Trust is very good at robbing tourists eh? We’ve all become aware of their dodgy Giants Causeway shenanigans) and its really worth investigating – especially if youre a Game of Thrones fan and youve just visited Ballintoy mere minutes away. Larrybane was once a busy old limestone quarry and you can still see the remnants of the works buildings there. 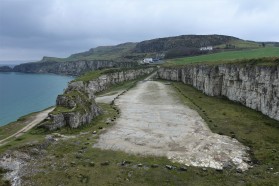 If you look at the top left corner of the first picture you can see the Game of Thrones set location at Larrybane. And in the second picture the same location yesterday with just my car parked there haha. This site was where Brienne of Tarth was first introduced to the show back in Season 2 (I think). 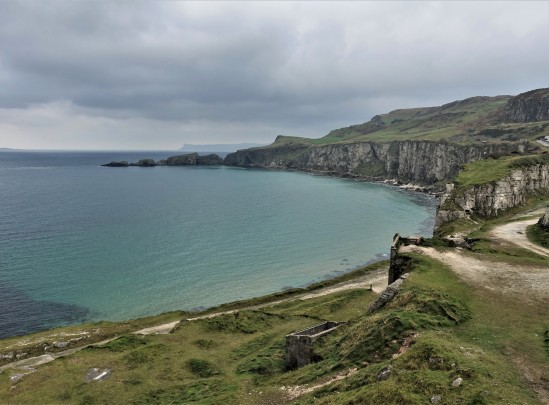 Theres a huge sweeping bay below the old quarry at Larrybane and you can actually see the point in the far distance where Carrick-A-Rede rope bridge spans the gap in the cliffs if you look very closely. Its that V shaped cut in the rocks just left of center towards the back of the picture. I have included a close up of it I took below. 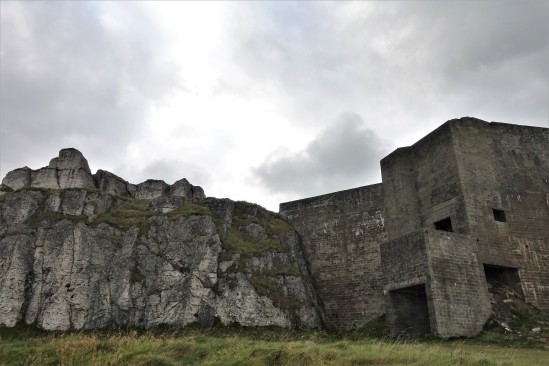 Some of the old quarry ruins that remain. Looking pretty ominous against the cloudy November sky.

The view from the top of the headland is pretty spectacular I must say. It was a reasonably overcast day but some parts of the sandy bottom of the sea were a stunning turquoise blue. The island you see in the first picture is known as Sheep Island. I didnt see any sheep on it (theyd have to be able to swim to get out there) but it has some old folklore history yet its now designated as an area of special scientific interest and human access is prohibited during bird nesting season.

If you take one of the small trails through the grass at the top of the headland and look over the other side (be careful!), this is the view youll see. Its just as amazing as looking in the other direction and you might just be able to spot Ballintoy Church (which sits at the top of the road down to Ballintoy harbour) near the middle of the picture.

This was taken right down at the bottom of the cliffs (theres a crumbling old road to walk down) where the rubble and fallen limestone rocks from the quarry festoon the shoreline. You can see Sheep Island again in the background and I expect there may be some fossil hunting to be done down here at low tide.

This is a zoom in to the V shaped cut I mentioned in the rocks (on the second picture) where Carrick-A-Rede rope bridge crosses over the gap. You should actually be able to see the people crossing it. Its a bit of a walk to get to the bridge and once you do it youd likely not go again, but the walk there has everyone looking back towards Larrybane as the view behind you is so stunning. Personally I enjoyed visiting Larrybane (FREE!) just as much as the bridge. And it didnt have hordes of tourist bus passengers either walking in file to get there 😀

Its not until recently that we actually discovered theres something of a hidden beach at Balintoy. We normally just drove down the hill into the car park and walked left along the shore, but it turns out theres a beautiful little cove halfway down the hill which you will find by taking a path that looks as if it belongs to someones house (its doesnt, but there is a house there). 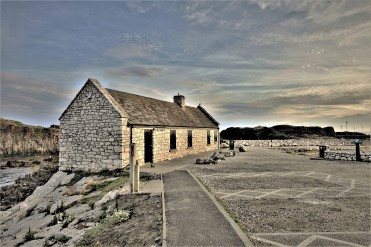 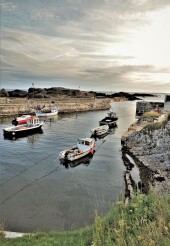 I took these pictures very early one morning, having left Belfast about 430am. I visited the Dark Hedges first (the only way to get a photograph without people in it) and watched a stunning sunrise, all by myself. Brilliant. 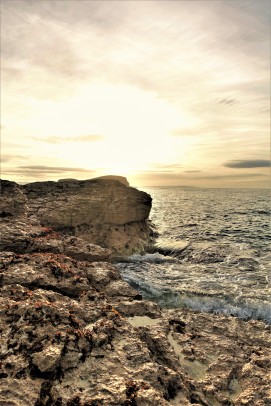 You can see the sand is really quite red here, not something Ive seen very often on the beaches of NI. 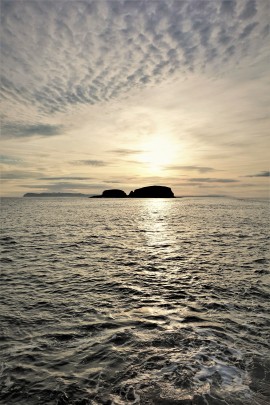 Certainly worth getting up early for!

The second picture here was actually taken on a different day (and is of a sunset at Ballintoy and not a sunrise like these others). But such a great little spot it is.

If you venture just a little further beyond the wonderful Causeway Coastal route, heading in the direction of Londonderry, you’ll come to the tranquil Roe Valley Park. The Country Park stands on the outskirts of Limavady, running three miles along the banks of the River Roe. The river plunges through spectacular gorges with banks shrouded in a mixture of woodland. We arrived early in the morning as the winter sun broke through the mist… 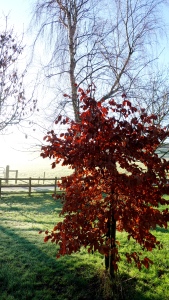 You can walk along one side of the river, crossing over a bridge, then coming back again which is a total of 3 miles. Its all on a flat path so its suitable for everyone.

The river Roe here is a magnet for salmon and trout fishing.

Reflections on the water, silhouettes in the mist. 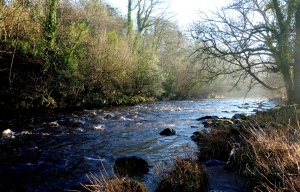 Such a calm and peaceful place to walk. Theres also a large tearoom near the park entrance to get some refreshments after youve returned.